WACO, Texas (AFW) — This past Thursday marked the 26th anniversary of the 51-day siege of the Branch Davidian Compound East of Waco. On the day of the anniversary, the ATF made a surprising post on their Facebook page idolizing the four agents who were killed while raiding the Branch Davidian compound.  Part of the fight with FBI was over the selling of sawed off shotgun and who owned the land the Davidians called home.  The 77-acre property was burned to the ground during the dispute.  The incident was a 51-day long siege, ending with an FBI assault during which burned the compound down, killing 76 men, women, and children inside including David Koresh.

“On this day 26 years ago, four ATF agents were killed in the line of duty in a mission outside of Waco, Texas. Special Agents Conway LeBleu, Todd McKeehan, Robert Williams, and Steve Willis demonstrated the determination and bravery that are the hallmarks of all ATF agents. We honor all the Special Agents present that day, whose persistence in the face of grave danger exceeded the highest of expectations. Their bravery and brotherhood continues to unite our organization in support of our mission to protect the public.” – ATF’s surprising Facebook Post

With federal and state government officials eager to push through gun control, the Waco Siege is a excellent reminder that gun control requires gun violence to enforce. The very same thing these officials enacting it claim they want to prevent.  One of the more popular comments that seemed to resonate with the public on the post was:

“This is not going to go like you think it’s gonna go,” said one commenter.

In conclusion the individuals there that understood the risks vs the ones who didn’t are the greater misfortune. I think we would all agree the children are worth remembering too. Although no mention of them in the OP post. The brotherhood mentioned over the children’s lives is certainly worth a pause for concern. Certainly a poor taste of a post. See actual post below. 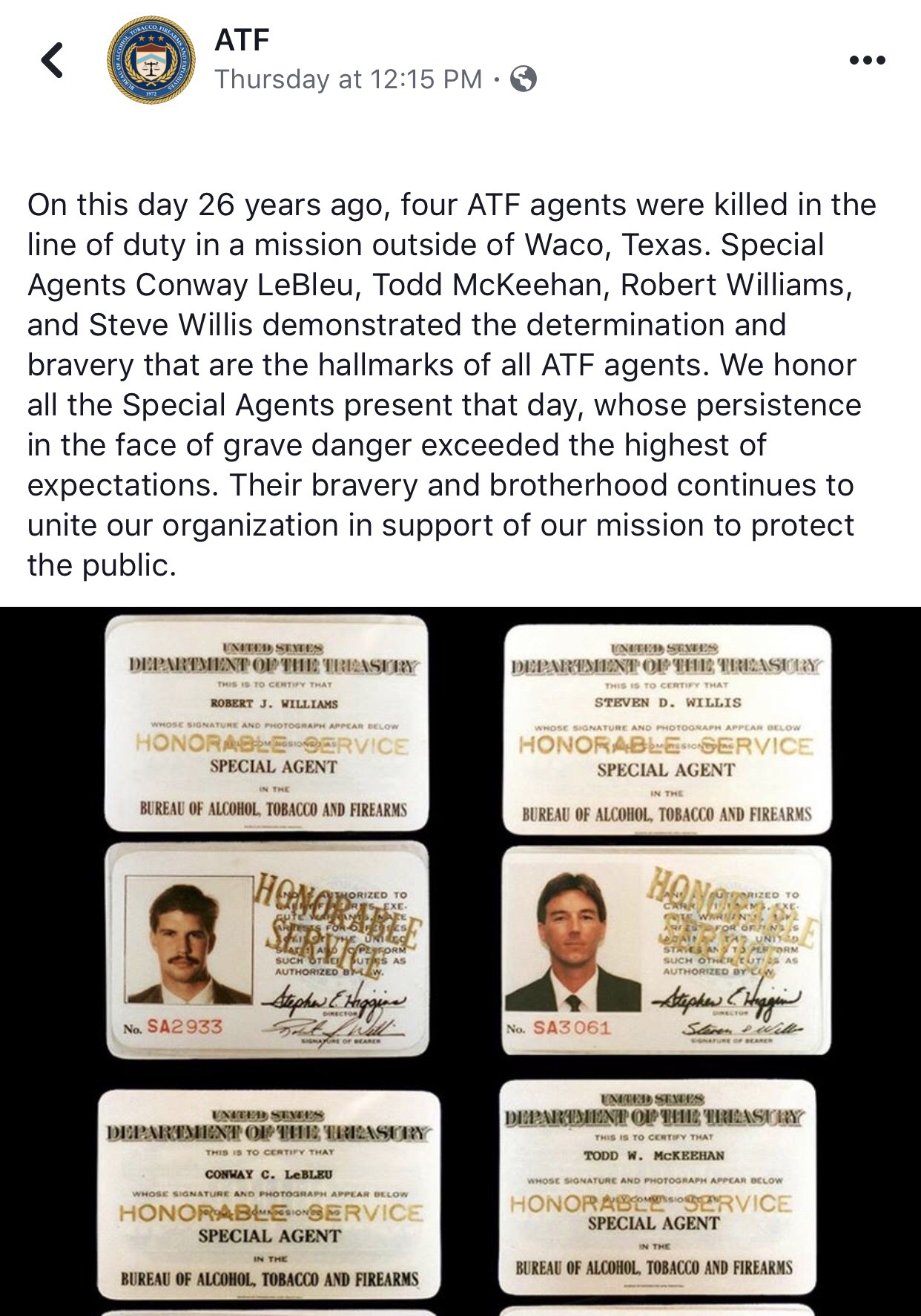