You read right. Autonomous fighter planes are now in flight, and they’re about to be available to the U.S. military.

Boeing unveiled an autonomous fighter jet which they hope to take to market in 2020. The aircraft is designed to fly alongside crewed jets during combat, performing early warning tests, intelligence gathering, surveillance and reconnaissance. 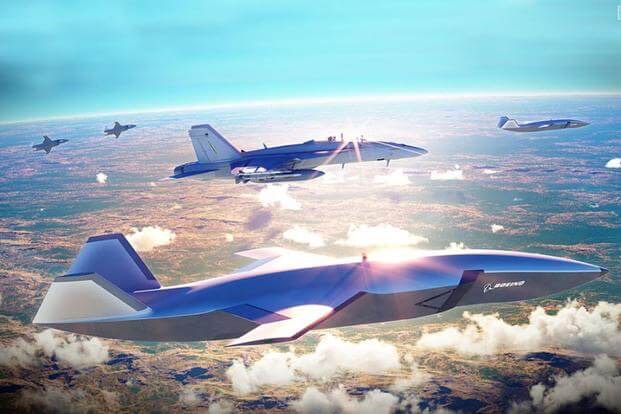 “The Airpower Teaming System will provide a disruptive advantage for allied forces’ manned/unmanned missions,” said Kristin Robertson, VP and general manager of Boeing Autonomous Systems. “With its ability to reconfigure quickly and perform different types of missions in tandem with other aircraft, our newest addition to Boeing’s portfolio will truly be a force multiplier as it protects and projects air power.”

The aircraft, called the “Airpower Teaming System” will help mitigate some of the risk involved in combat missions, all without a human pilot, onboard anyway. The jet will be able to fly for longer periods, withstand much higher g-forces and process more information at any given time. It’s the first combat aircraft to be developed within Australia in decades.

Boeing has yet to reveal costs associated with the project, but claims the jets will cost only a fraction of a manned fighter. It plans on selling the aircraft to customers around the world, modifying as requested. The U.S. military will no doubt be interested, given its own work with autonomous combat jets – in 2017 it revealed a similar craft that’s designed to act as an unmanned wingman, part of the “Loyal Wingman” program that aims to have autonomous jets fly side by side with human flown fighters by 2030.

Boeing announced in late 2017 that it bought out the company Aurora Flight Sciences, a company that specializes in developing autonomous flying vehicles. Aurora’s strengths are in creating aircraft that take off and land vertically, and is looking to eliminate pilots from their products entirely. The company has been working on such technology for the better part of three decades, and also worked with Uber on its own flying taxi project.

Check out Aurora’s main business is autonomous military aircraft, and has been awarded several contracts from NASA and DARPA. Most famously, the company was awarded funding to build phase two of the VTOL X-Plane — beating out both Boeing and Lockheed Martin. The VTOL X-Plane (codenamed LightningStrike) will reach top flight speeds of up to 400 knots with a improved hover and lift-to-drag ratio. See video below of the VTOL-X.