Democrats currently control the House of Representatives and they use it to battle with the President and pass stacks of bills they know will go nowhere in the Senate. In fact, they will most likely use that as a campaign tool to blame Senate Republicans of obstructionism in their crusade to shove gun control down the throats of the unwilling American people.

It seems their latest move will be a higher-capacity magazine ban, and they’ll be making it soon.

From the Washington Examiner…. Linked Here

Some House Democrats will return early from the summer recess to advance gun control legislation, including a bill banning large ammunition magazines.

The House Judiciary Committee announced a Sept. 4 vote on a group of measures aimed at reducing gun violence.

“For far too long, politicians in Washington have only offered thoughts and prayers in the wake of gun violence tragedies,” Judiciary Committee Chairman Jerrold Nadler said. “Thoughts and prayers have never been enough. To keep our communities safe, we must act.”

The Democratic-led House passed a universal background check bill in February, but the GOP-led Senate has ignored it so far due to a lack of significant Republican support.

House Democrats are nonetheless ready to advance additional gun control measures. Nadler, a Democrat from New York, said he’ll take up a measure that would ban high-capacity ammunition magazines which were used in a string of deadly mass shootings this summer.

The committee will vote to advance the measure on Sept. 4 and plans a Sept. 25 hearing on banning “military-style assault weapons,” Nadler said.

Of course, we all know that these bills will be largely ignored in the Senate. However, they are banking on that. That know blaming the Republicans for anything will rile their base enough to open their wallets to the Democratic Nominee next fall.  The ability to accomplish something bi-partisan successfully seems doubtful at this point.

Americans are smart to the push to ban guns and that magazine limits and “assault” weapon bans, will not stop the problem. The problem is that something deeper and more multifaceted than the tool being used to accomplish the goal. 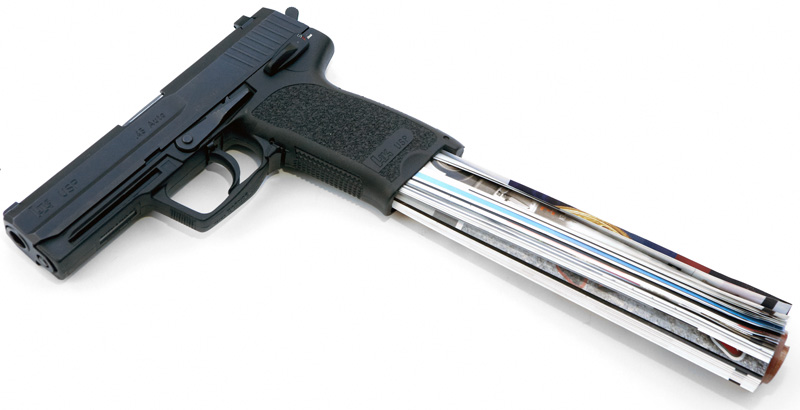 If you take away guns, the demented portion of society will do something else, possibly even MORE drastic to include possibly even bombs, vehicles, and others means to take human life. Timothy Mcveigh, the american terrorist or killed 168 men, women and children with chemicals he bought at the local store. Or motor vehicles, for example, don’t require background checks and not only did a man kill 10 people in Toronto with a van, a terrorist in Nice, France killed 86 people and injured 434 others–(a casualty count far higher than Las Vegas, massacre that we still question)–with a medium cargo truck he was able to rent rather easily. With all the terrible things they play in the news, do people think the truly deranged won’t shift methods to work around the laws as they always have and always will?

“At the end of the day, we need to make sure everyone understands that we will give up any more weapons rights to anti-gun legislation. My most sincere request is that you take a second to phone your Senator using the link below with just a zip code. Call your elected officials in Congress and/or check their voting records. Make your voice be heard to everyone in your life.”  said John Ofagbe, Chief Operations Officer for Anthony’s Firearm Warehouse.

How Are Laws Made?

Laws begin as ideas. First, a representative sponsors a bill. The bill is then assigned to a committee for study. If released by the committee, the bill is put on a calendar to be voted on, debated or amended. If the bill passes by simple majority (218 of 435), the bill moves to the Senate. In the Senate, the bill is assigned to another committee and, if released, debated and voted on. Again, a simple majority (51 of 100) passes the bill. Finally, a conference committee made of House and Senate members works out any differences between the House and Senate versions of the bill. The resulting bill returns to the House and Senate for final approval. The Government Printing Office prints the revised bill in a process called enrolling. The President has 10 days to sign or veto the enrolled bill.