Today, November 6, 2018, FN America announced the release of the highly-anticipated FN SCAR® 20S precision rifle, based on the FN MK20 SSR or Sniper Support Rifle currently fielded within USSOCOM. The 7.62x51mm-chambered rifle has been purpose-built to achieve superior long-range accuracy.

“The FN SCAR 20S is the latest addition to our battle-proven line-up of FN SCAR products and the first commercial SCAR release since we launched the 17S in 2010,” said Mark Cherpes, President and CEO for FN America, LLC. “Customers will notice that the FN SCAR 20S shares more commonalities than differences with the MK20 SSR and reaffirms our commitment to producing commercial versions of our iconic military firearms.”

The rifle achieves 1-MOA (minute of angle) accuracy to 100 yards with match-grade ammunition out of the box. The 20-inch, 1:12 twist, heavy profile barrel and barrel extension, and extended, monolithic receiver add the additional rigidity that reduces fluctuation or movement between shots while the extended receiver provides the much-needed rail space for high-powered optics. The custom-designed MK20 SSR buttstock adjusts to length of pull and comb height to customize the fit to each shooter while in the prone firing position, and the factory-installed, double-stage Geissele Super SCAR trigger achieves a 3.5-4.5-pound trigger pull. 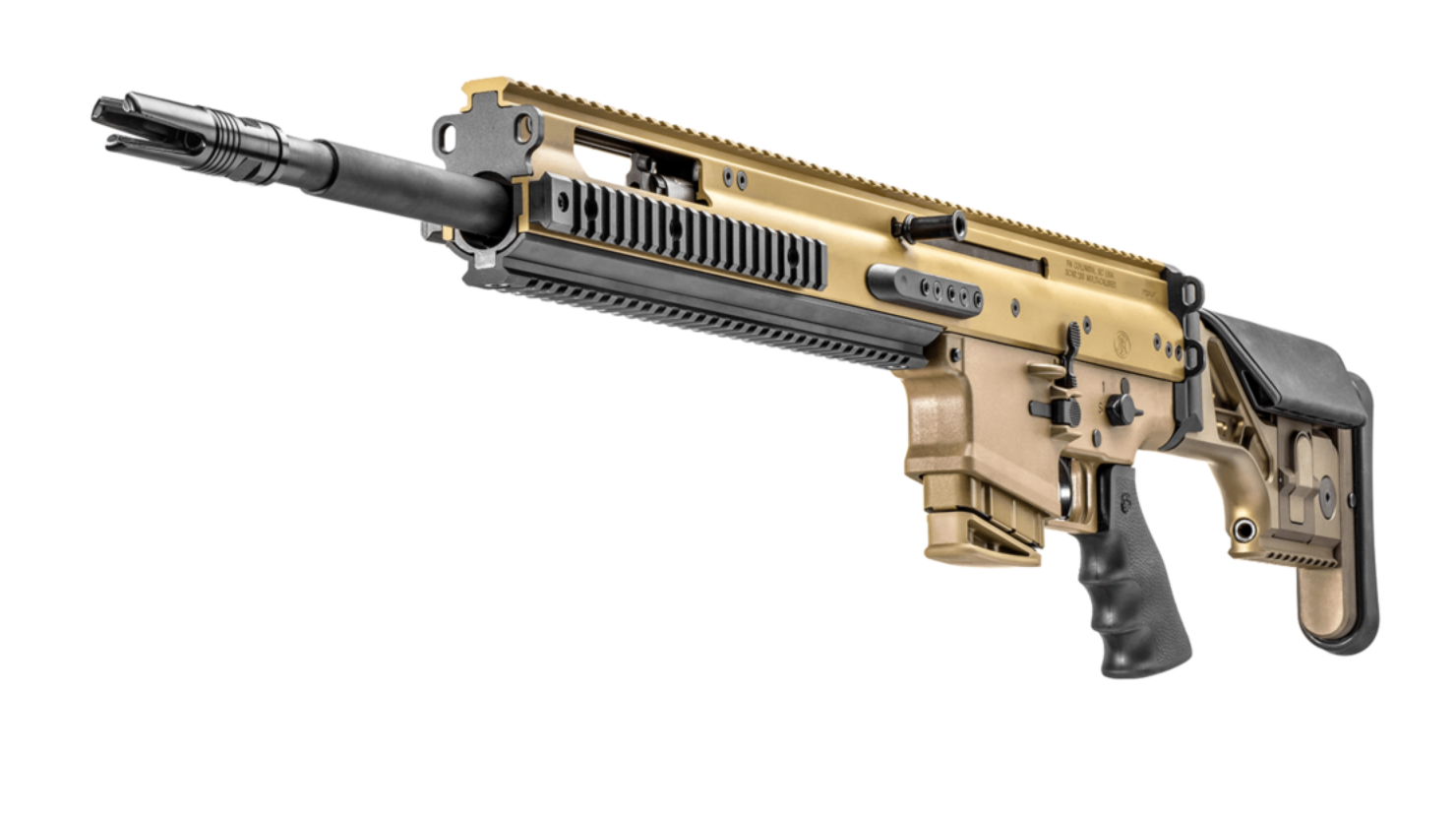