About a year ago, Franklin Armory held a press release for a gun that surely looked like an SBR (a short barreled rifle, regulated strictly under the NFA, or National Firearms Act) but apparently, according to them, it wasn’t. In fact, they said it didn’t even classify as a rifle. Or a shotgun. As you know, firearm identity has been a fluid spectrum lately.

Assuming the Reformation is stabilizes the subsonic 300 BLK projectile so it should be safe to shoot suppressed, I’m on board. It would represent all the good stuff about a suppressed SBR for home defense with none of the legal and regulatory hassles and cost of registering and owning the “real thing.” 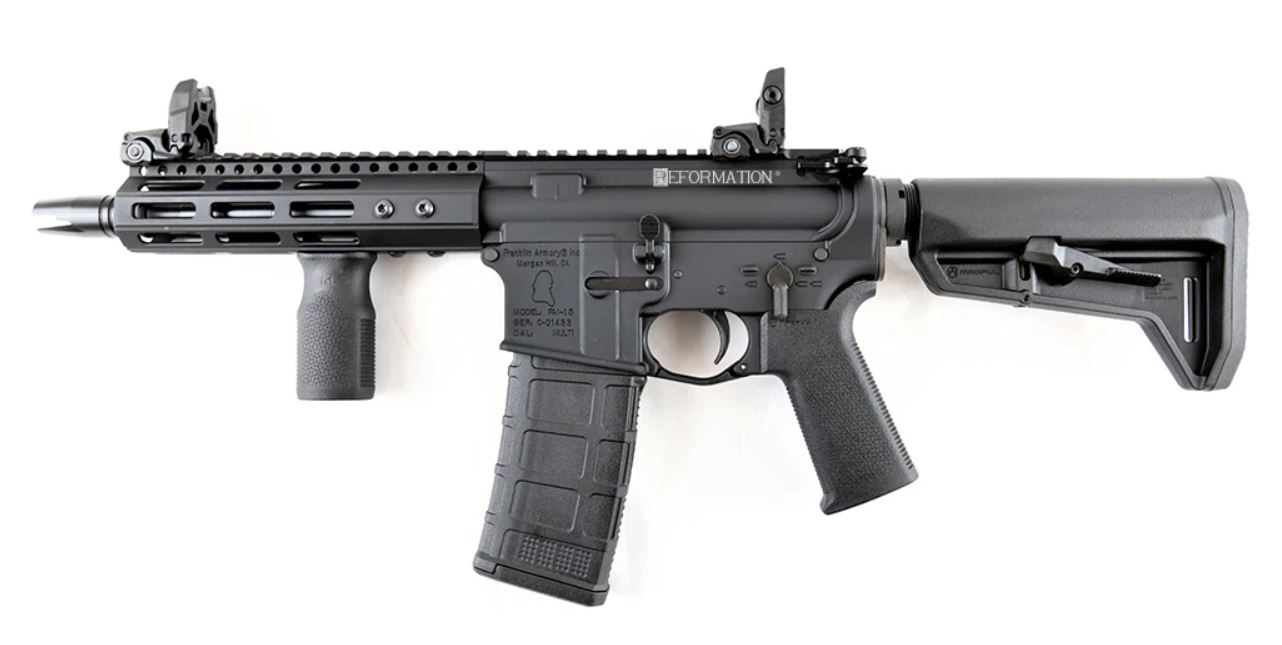 For more information go to http://www.reformationfirearms.com/