In 2004, KBP Instrument Design Bureau unveiled an all-new Russian-originated submachine gun in the “PP-2000”. Production ensued in 2006 and the type has since been adopted by the Russian Ministry of Internal Affairs and some police forces across Russia. The weapon’s compact size and its pistol-caliber cartridge make the PP-2000 also suitable as a machine pistol. It may also be in use with the famous SPETSNAZ Russian special forces teams. 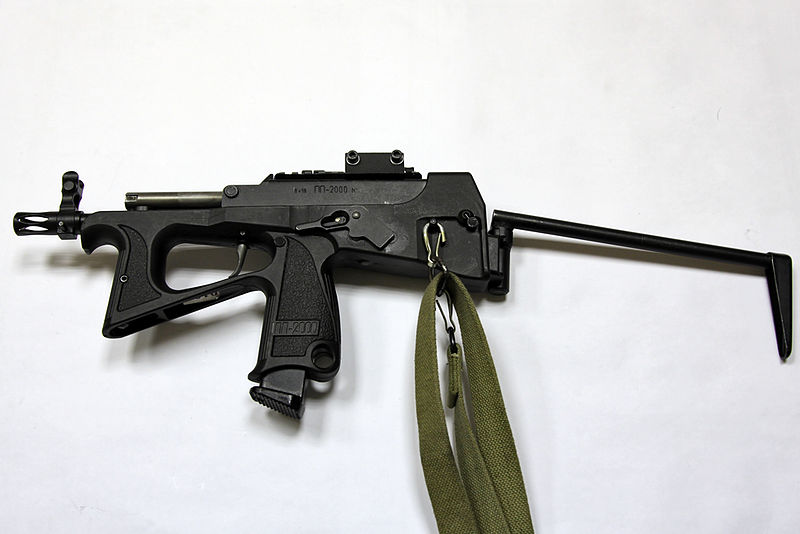 The PP-2000 makes use of the widely accepted German 9x19mm Parabellum pistol cartridge and fired through a tried-and-true straight blowback system of operation. Overall weight is a handy 3lbs with overall length reaching 22 inches. A folding stock reduces length to a more manageable 13.4 inches and an optional carrying strap eases transport. Rate-of-fire reaches 600 to 800 rounds per minute with an effective firing range out to 100 meters (engagement at around 200 meters is possible when using “overpressure” ammunition). Feeding is by way of a 20- or 44-round detachable box magazine fitted into the base of the pistol grip. The center placement of the magazine well, within the grip handle, allows for a more balanced approach similar in scope to the famous Israeli UZI. The grip handle is well-contoured and a thick, solid structural trigger loop is integrated around a large-area opening which aids in operation of the weapon by a gloved hand. The barrel is of a short-length design and capped by a slotted flash suppressor. The overall receiver shape is very unique, making use of clean straight lines generating somewhat irregular shapes. Sighting is through a front post/rear notch arrangement and optics/aimers/accessories can be added by way of the included MIL-STD-1913 rail section over the receiver. The lower portion of the trigger loop structure can also support mounting of tactical lights and laser aimers. The cocking handle is set aft of the front sight and is foldable by design, tucked away when not used 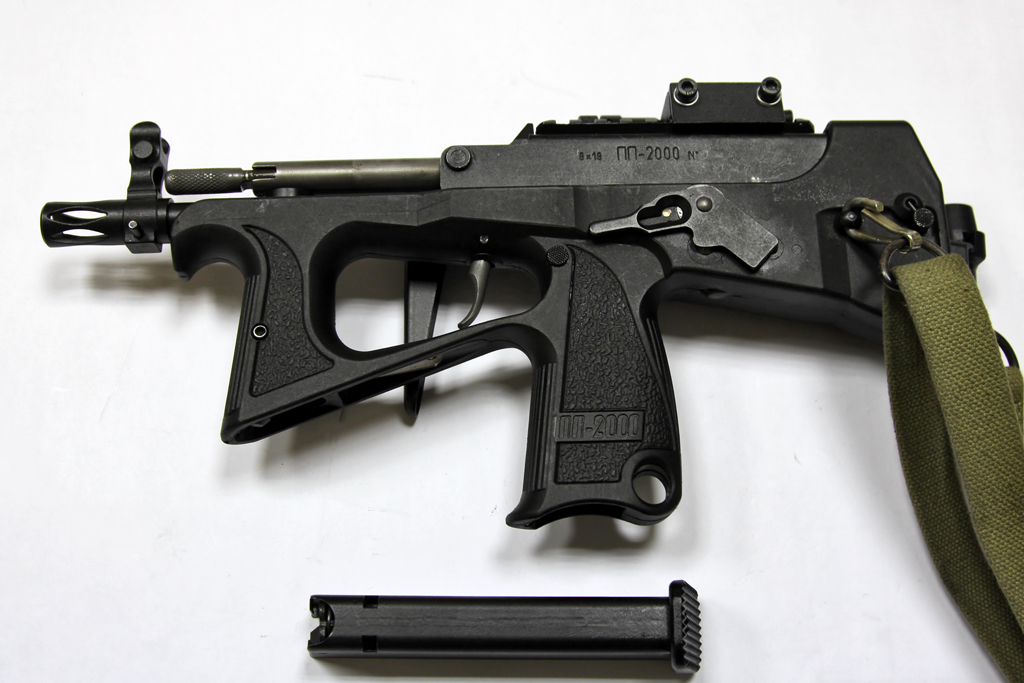 Such weapons are specifically designed for quick-reaction access and portability in confined spaces and have proven popular with military and security groups alike. A high-capacity magazine allows the weapon to bring voluminous fire to any engagement. In addition to the traditional 9x19mm bullet, the PP-2000 also supports an armor-piercing bullet variety which can be used on suspects wearing body armor. 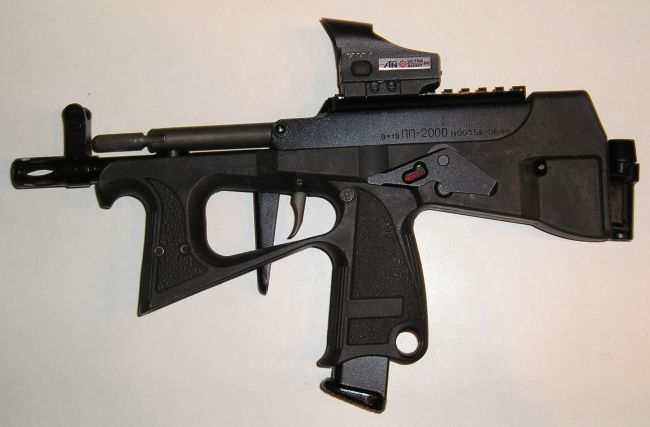 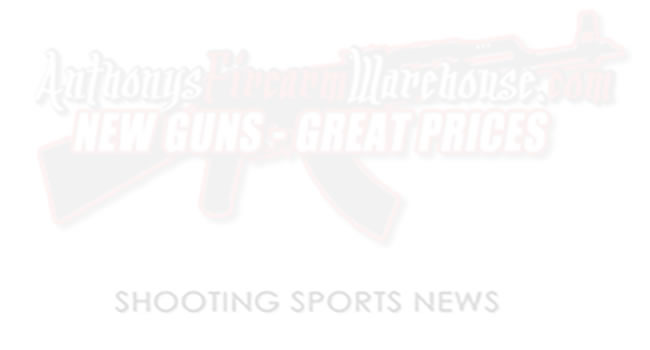