During the Winter War (1939–1940) Finland lacked anti-tank weaponry. Only two 20 mm rifles and a few 13.2 mm machine guns made it to the front, where the 13.2 mm machine guns were found to be ineffective and unreliable while the larger 20 mm rifles proved successful against Soviet armour. Because of this, Finland finally settled on the 20 mm design and started production.

Although the weapon was not able to penetrate newer Soviet tanks like the T-34 and KV-1, it still proved to be quite effective against bunker loopholes/embrasures, long range targets, and even aircraft. A fully automatic version of the L39 was made in small numbers that served as an anti-aircraft gun. Other good targets were snipers, and several weak spots on tanks, such as open top hatches, especially with phosphorus ammunition. It was even able to damage tank turrets and pin them to stop traversal of the cannon. 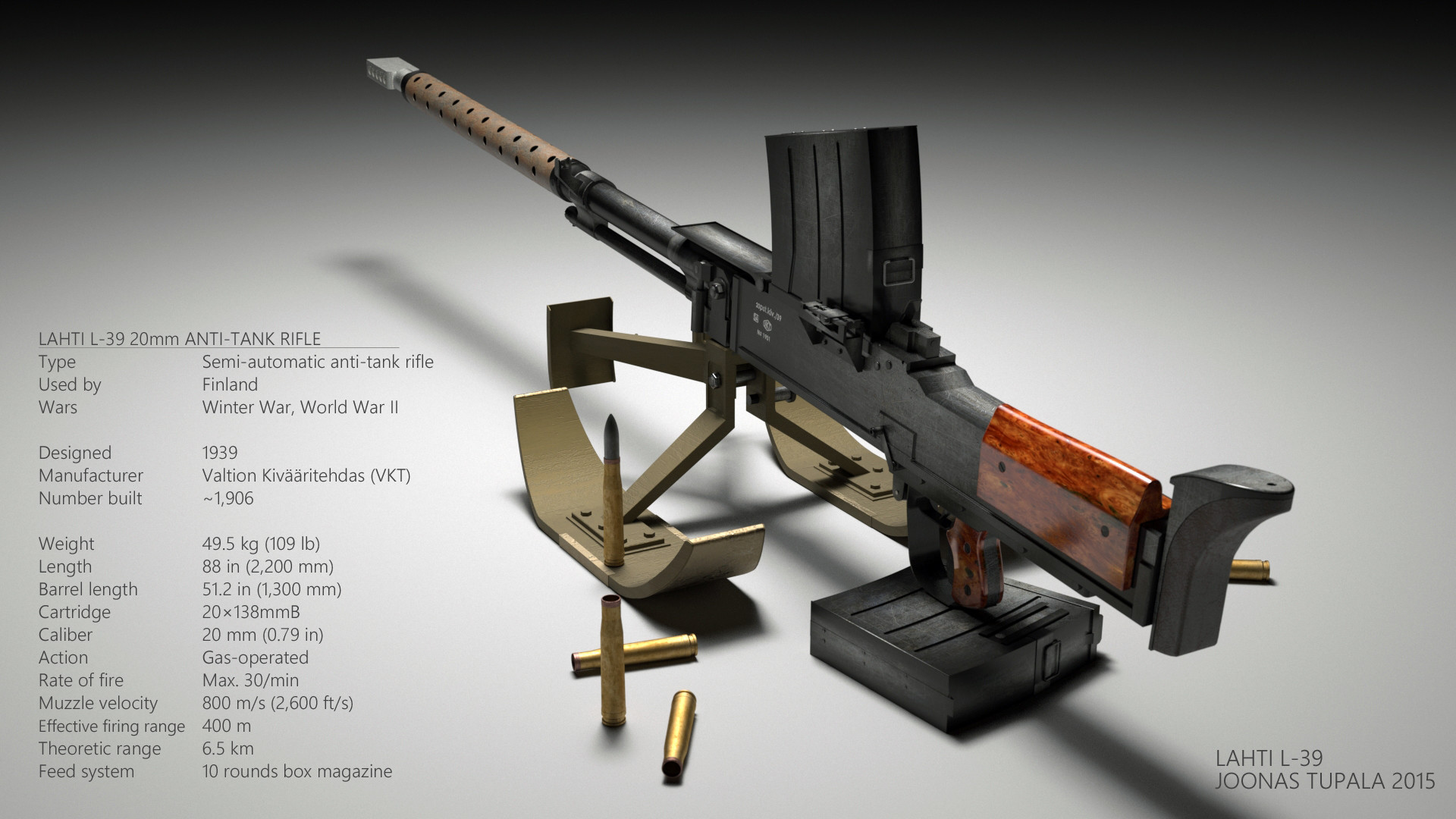 Users found the L-39 to be heavy and difficult to move in the battlefield. Even its magazine weighed almost two kilograms. The magazines had a covered viewing slit on the right side to indicate the number of rounds left in the magazine, and a 15-round magazine was later developed for anti-aircraft use. 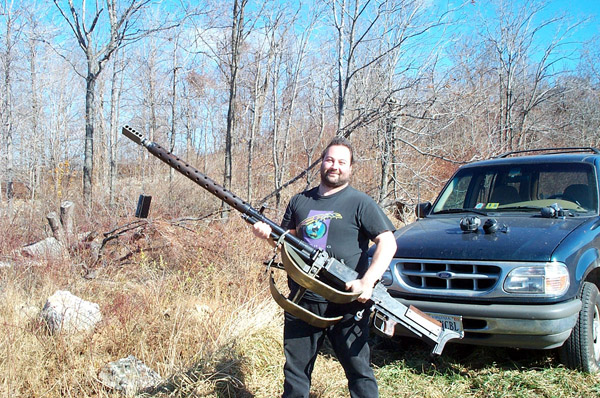 To combat the L-39’s immense recoil, the recoil spring is so stiff that it would be impossible to cock the weapon with a traditional charging handle. Instead, a rotating crank lever on the right side of the gun is used to pull the bolt back. While semi-automatic in function, the L-39’s bolt locks back after every shot, and the grip safety also functions to release the bolt. The entire front of the grip and trigger is protected by a large guard and a rubber buffer to protect the operator’s hands from the spent casings which eject from the bottom of the gun at very high speeds.

The whole weapon weighed some 50 kilograms and it was usually towed by horses, but when stripped down could be carried by several men. The rifle had adjustable iron sights calibrated between 200 and 1,400 meters and was equipped with unusual dual bipod, with two sets of legs, one with spikes for use on hard ground and the other with skids for use on softer ground or snow.

In the field, a two-man team was assigned to the gun to move and fire it. Some rifles were abandoned in the heat of battle, but they were easy to replace. By the end of the war over 1900 L39s had been manufactured by VKT (Valtion Kivääritehdas, “State Rifle Factory”, modern day Patria) and put in the field.