When Saddam Hussein was captured by Delta Force soldiers in December of 2003 from a spider hole in Iraq, he had an unloaded Glock 18C on him. Four Delta force soldiers later presented the pistol to President George Bush, and according to friends and long-time associates it because a favorite memento of his, and for nearly 5 years he kept the mounted glass-encased pistol in the Oval Office. Before Mr. Bush left the White House in January 2008, he made arrangements for the gun to be shipped to a national archives warehouse just 18 miles north of his new home in Dallas. No official word on whether the gun will for sure be present in the presidential library, but according to Mr. Bush’s friends and associates he intends to display it there. 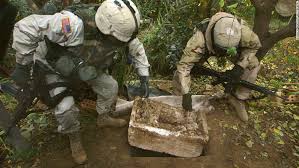 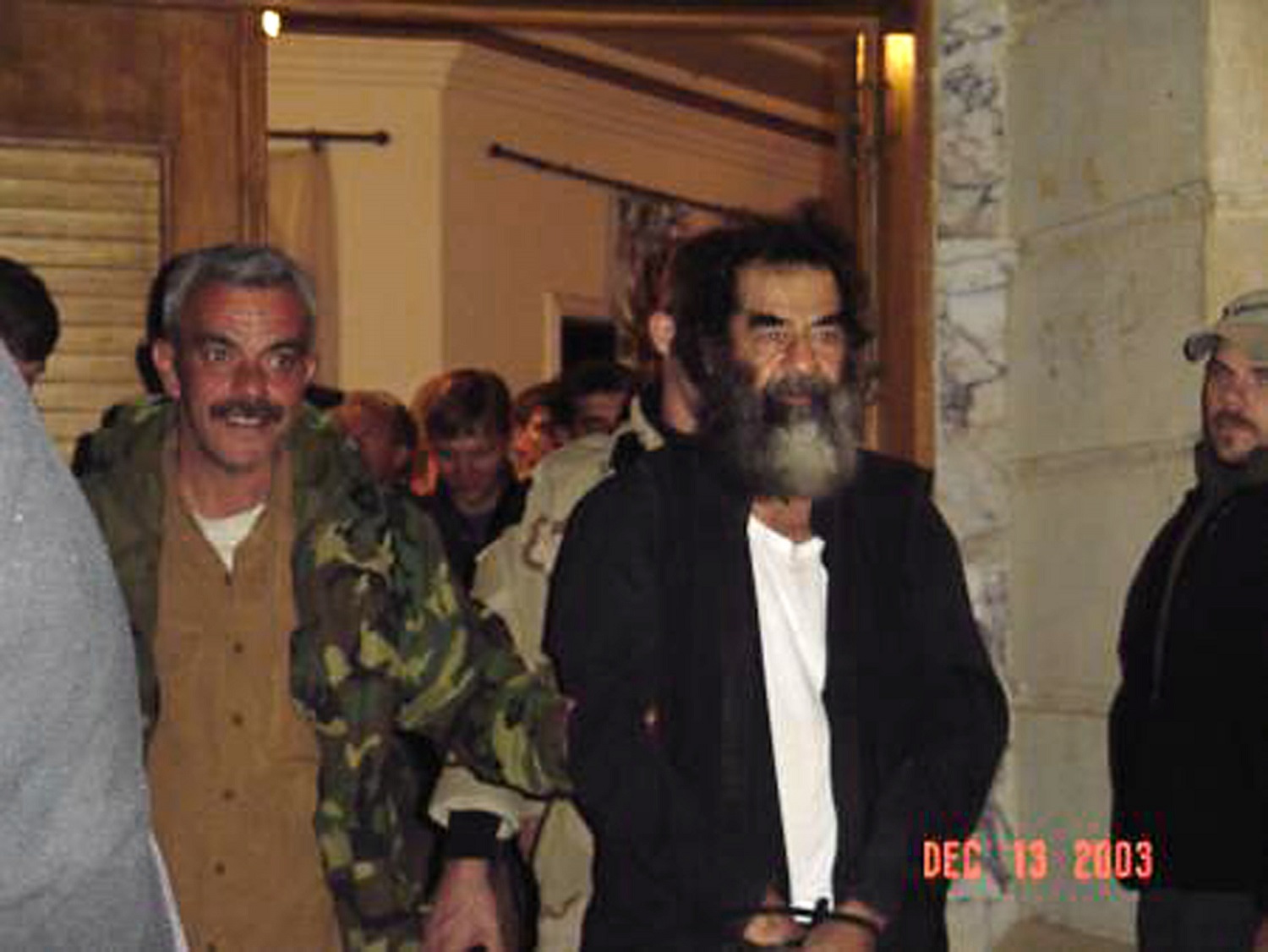 This unsourced picture allegedly shows ousted Iraqi leader Saddam Hussein with his hands tied escorted by a member of an Iraqi security force at an unknown location in Iraq following his capture by US troops 13 December 2003 in an underground hole at a farm in the village of ad-Dawr, near his hometown of Tikrit in northern Iraq. The picture is one of a series of images of the deposed dictator unauthorized for release by the US army that has been circulating in recent days on the internet.