Today Mossberg announced they are cutting ties with Dick’s Sporting goods. It makes you wonder with the Second Amendment now under attack do you blame them? Unlike other companies who have proclaimed this, Dick’s actually sold a lot of Mossberg products.

Effective immediately, O.F. Mossberg & Sons will not accept any future orders from Dick’s Sporting Goods or Field & Stream, and is in the process of evaluating current contractual agreements.

“It has come to our attention that Dick’s Sporting Goods recently hired lobbyists on Capitol Hill to promote additional gun control. Make no mistake, Mossberg is a staunch supporter of the U.S. Constitution and our Second Amendment rights, and we fully disagree with Dick’s Sports Goods’ recent anti-Second Amendment actions. Effective immediately, Mossberg will not accept any future orders from Dicks’s Sporting Goods or Field & Stream, and is in the process of evaluating current contractual agreements.” Press Release O.F. Mossberg & Sons, Inc. 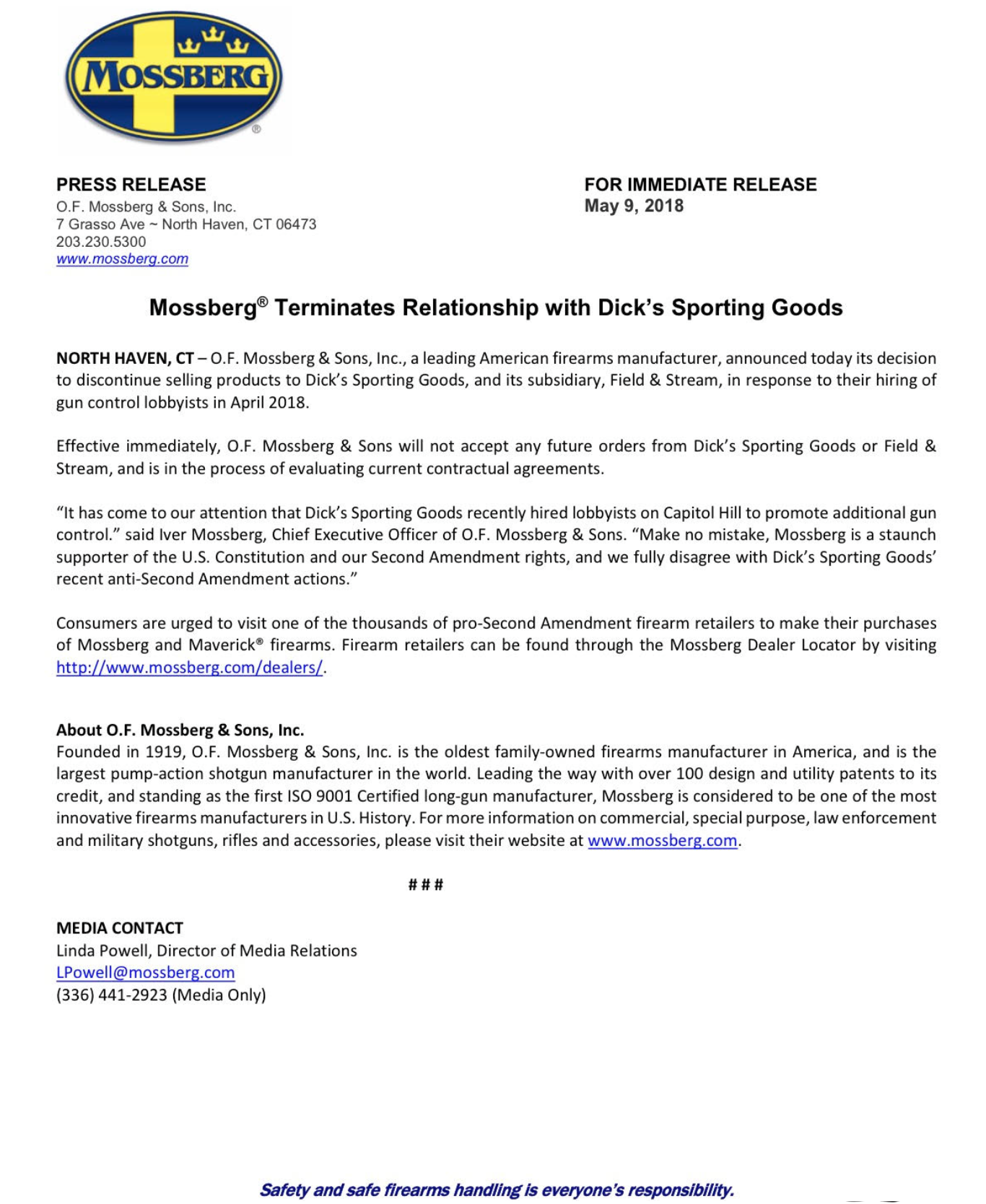 “Mossberg products were at least one of Dick’s better selling shotguns, that does show the intent of the firearm industry to ban together. ” Kristy Muir, Manager, Firearm Warehouse