This 26″ thick section of turret armor off the Yamato class battleships was found at the Kure Naval Base in Japan after the end of WWII and brought back to the US for testing. The damage is the result of a US armor piercing naval shell during ballistic testing at the Naval Proving Ground in Dahlgreen, VA. Bleeding through the paint are the words “JAPANESE PORT PLATE”. This armor was, somewhat, heavy duty and protected the turret section. The steel the Japanese obtained and used as ship armor was inferior and not at the same level of quality as U.S Navy, Royal Navy, Russian Navy were using at the time . The thicknesses was obtained by folding the metal on top if it self thousands of times. In its peak, the Yamato was the heaviest and most armed ship of its time only to be sunk by aircraft. Making the carrier that launched the planes more versatile and effective than the three Japanese built Yamato class battleships. 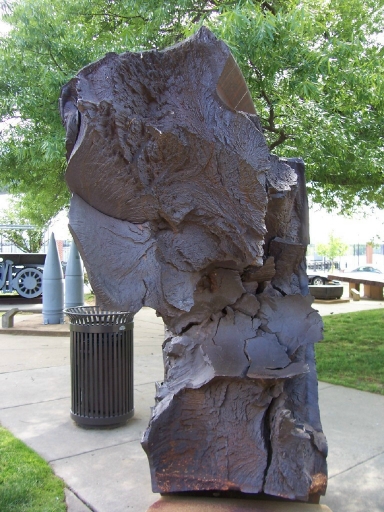 I am fairly certain that this is a section of the frontal armor from a Yamato class battleship main gun turret. Facing the turret from the front, it would the the upper right corner of the frontal armor plate.  Here is a photo of the Yamato’s rear 18″ gun turret on the US Navy’s Naval Historic Center website. From there, you can get more information and a good view of the upper left corner of this turret. 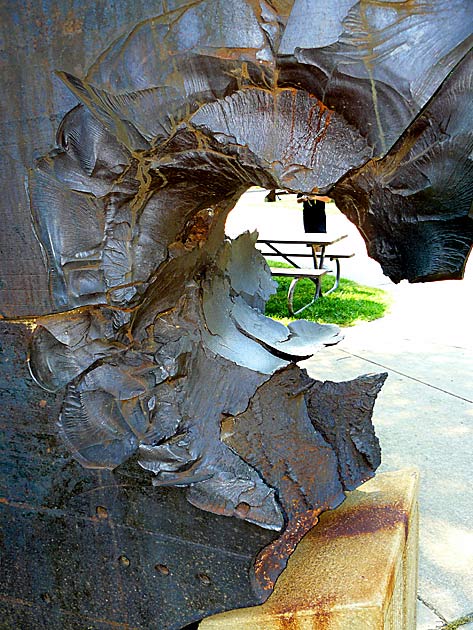 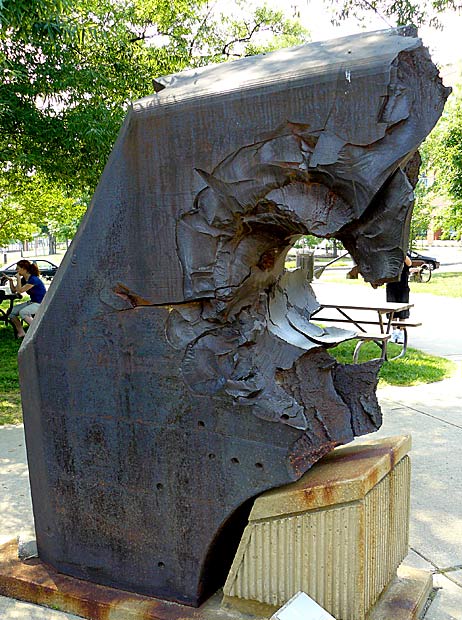