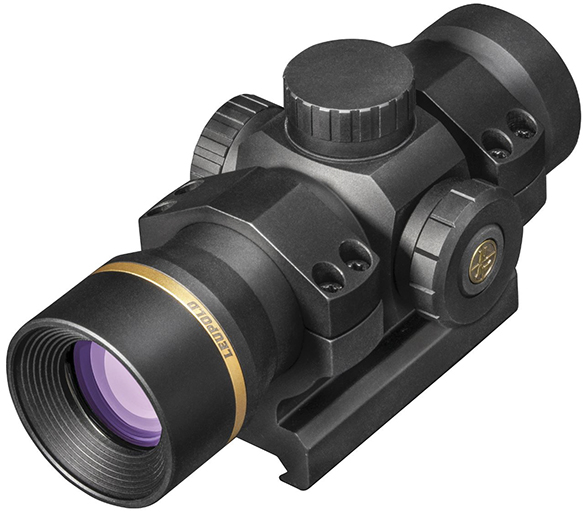 Leupold just announced another new product for the SHOT Show 2019, the VX-Freedom RDS red dot sight. This beauty ships with a mount and comes in two versions; one featuring 1/4-MOA click adjustments (above) and another with a BDC elevation adjustment turret measured out to 500 yards for 55 grain .223 ammunition.

BEAVERTON, Ore. — Leupold & Stevens, Inc., has announced the arrival of the new VX-Freedom RDS (Red Dot Sight), a game-changing new red dot that’s built tough, performs in extreme conditions, and won’t break the bank. The RDS is everything you need in a red dot and delivers class-leading reliability – and it’s built in the United States at Leupold’s Beaverton, Ore., factory.

A tubular red dot sight built for recreational shooters and hunters alike, the RDS will be available in two distinct models: One features capped precision ¼-MOA click adjustments, the other a precision exposed BDC elevation turret that ships with measurements out to 500 yards for standard 55-grain .223 Rem. ammunition. The RDS is designed to install easily with an included mount that sits at the optimal sight height for use on AR-style rifles. That said, it can also be removed and mounted using any 34mm rings. 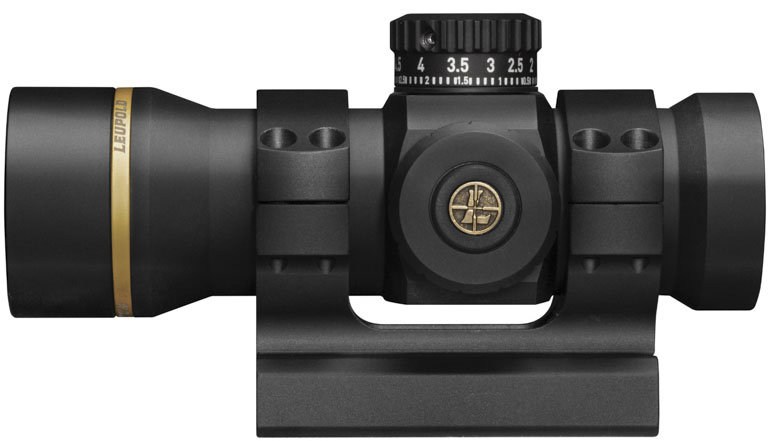 “Consumers have been asking for an American-made, value-priced red dot for as long as we’ve been in the marketplace,” said Tim Lesser, Vice President of Product Development for Leupold & Stevens, Inc. “The Freedom RDS delivers on that task and more, bringing with it innovative features like the custom BDC elevation turret, allowing end-users to easily dial up for longer shots.”

Both models of the Freedom RDS feature a 1 MOA dot reticle that’s supported by Leupold’s battery-saving Motion Sensor Technology (MST), which puts the sight into a battery-saving standby mode after five minutes of inactivity. When the MST detects motion, it instantly activates the sight, so it’s ready when you are. A manual mode allows the sight to be shut off when not in use.

The scratch-resistant lenses feature Leupold’s Twilight Red Dot System, which delivers standard color consistency and premium lens clarity. The RDS is 100 percent fogproof and waterproof and features 80-MOA of adjustment in both elevation and windage. A 34mm maintube design measures at under 5.5 inches and weighs less than 7 ounces. Its lightweight design helps increase its rugged reliability.

“The RDS features lightweight construction that disperses recoil energy and creates unrivaled durability,” said John Snodgrass, Product Line Manager for Leupold & Stevens, Inc. “It’s been tested and verified on our Punisher, and it absolutely lives up to Leupold’s legendary standards for ruggedness. It won’t fail you, at the range or in the field.”

Both RDS models are designed, machined, and assembled in the United States and backed by Leupold’s legendary Full Lifetime Guarantee.

For more information on Leupold® products, please visit us at Leupold.com.

Founded in Oregon more than a century ago, Leupold & Stevens, Inc. is a fifth generation, family owned company that designs, machines and assembles its riflescopes, mounting systems and tactical/Gold Ring® spotting scopes in the USA. The product lines include rifle, handgun and spotting scopes; binoculars; rangefinders; mounting systems; and optical tools, accessories and Pro Gear.