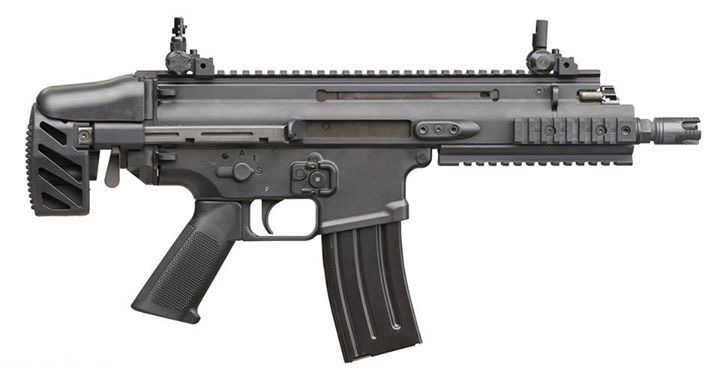 FN Herstal is introducing a new baby to the FN SCAR family at Milipol 2017 in Paris; their FN SCAR-SC where SC stands for Subcompact Carbine.

My experience with the FN Scar’s are that they are one of the lightest and top performing rifles  available in the United States today. At first I was skeptical of the polymer lower. This fear quickly subsided as ran the 16s. Both the 16s and the 17s are extremely easy to function. Additionally, I have noticed the FN scar magazines to be one of the best quality magazines available on the market today.   – Michael Adams, AnthonysFirearmWarehouse.com

From the FN Herstal Press Release:

FN SCAR rifles have a proud tradition of usage by US Special Forces. The 5.56x45mm (.223) caliber FN SCAR-SC builds on this heritage with an extremely compact design that’s ideal for homeland security operations.

Specifically adapted for mobility and flexibility, the FN SCAR-SC has semi-auto only or selective fire capabilities, non-reciprocating charging handle and a wide range of add-ons.

This includes a red dot sight, tactical light, a variety of foregrips and a sound suppressor. All of these add-ons have been tested and certified by FN Herstal as providing reliable, durable performance in even the toughest circumstances.

The FN SCAR-SC comes with a telescopic buttstock as standard. Optional buttstocks include fixed, foldable, adjustable (length and height) with either concave or convex butt plate and a foldable offset buttstock for aiming and shooting with anti-riot or bulletproof helmet visor.

Existing users of FN SCAR will already be familiar with how to operate this rifle, minimizing training time.

Below: The FN SCAR-SC, note the PDW stock, selector switch with A – 1 – S, and notice the small flash hider. 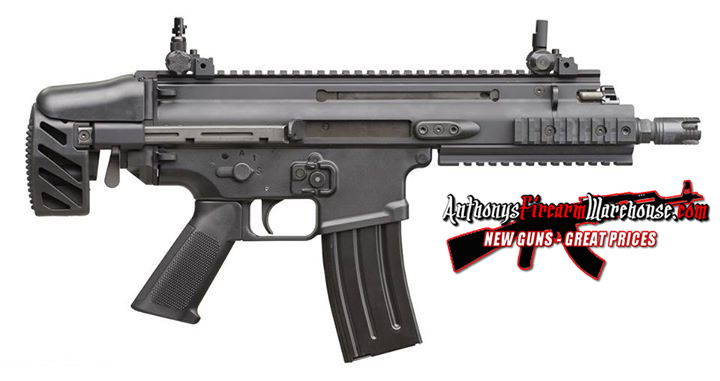 The collapsible stock looks like it got inspiration from B&T in Switzerland, see below for reference B&T assault rifle APC556 PDW cal. 5.56 x 45 mm. This is a great PDW stock.

“The flexible and mobile FN SCAR-SC and the entire FN SCAR range can be viewed at the FN Herstal stand at MILIPOL Paris 2017, during November 21-24.”

Other rifles in the FN SCAR family include the FN SCAR-L (5.56x45mm/.223) and FN SCAR-H (7.62x51m/.308) rifles, featuring interchangeable barrels, the under barrel or standalone FN40GL grenade launcher and the FN SCAR-H PR precision rifle.