Soon, Russian troops will carry new the AK-12 and AK-15 rifles. These newer variants are direct descendants of the world-famous AK-47. The AK-12/15’s are set to replace existing AK-74M’s and modernize the Russian military’s arsenal.  The AK-12 is a completely modern overhaul of engineer Mikhail Kalashnikov’s archetype employed by Russian forces for over 50 years, and while it maintains the same operating principals it ultimately represents a new generation of small arms designs. As you know, AK rifles have a fantastic track record for longevity and from a cost perspective, it didn’t make sense to replace relatively new rifles in good condition. However, following sanctions against Russian small arms conglomerate the Kalashnikov Concern, it seems that the Ministry of Defense is looking to stoke some fires at home to make up for business lost abroad..

The Concern series of AK rifles is the flagship of the Russian small arms manufacturing sector, producing about 95% of all small arms in Russia and supplying to more than 27 countries around the world.

The Russian military has long wanted to field a new rifle, but having more AK-74s than soldiers made this a relatively low priority. Russia also wanted a rifle with a sufficient increase in performance to warrant the cost, Meanwhile, the country’s defense budget has yo-yoed over the last decade due to the price oil and the effects of economic sanctions, causing more delays.

The AK-15, pictured above, will replace older weapons in the Russian Armed Forces.

The AK-12 and AK-15 rifles are similar to the AK-74M on the inside and out. The main difference between the two new guns is that the AK-12 is chambered for the same ammunition as the AK-74M, 5.45 x 39-millimeter, while the AK-15 is chambered for 7.62 x 39, the same ammunition as the older AK-47. It’s not clear why Russia will buy two different caliber rifles, but bear in mind that its military is also sitting on a mountain of Cold War-era 7.62 x 39 ammunition, and AK-15s could be assigned to rear area and low-priority combat troops.

The main difference between the AK-74M and the AK-12/15 appears to be the new rifles are set up to accommodate weapon accessories that have become must-haves in modern, high-tech armies. The AK-12/15 features two Picatinny rails, an accessory mounting system invented by the U.S. Army’s Picatinny Arsenal for attaching items such as rifle scopes, red dot sights, and laser pointers. The AK-12/15 features a second rail under the barrel for attaching a vertical foregrip. The new rifles also have what appears to be an M-4 carbine-style buffer tube for attaching buttstocks and adjusting the weapon’s length of pull.

An AK-12 assault rifle on display at a Russian arms show. The rifle was selected by the Russian Defense Ministry to be fielded to the country’s ground, airborne and naval infantry forces this year. (Vitaly V. Kuzmin/Wikimedia Commons)

The manufacturer, Kalashnikov concern, says the rifles are 34.64 to 37 inches long, feature a 16.33-inch barrel, and weigh 7.7 pounds unloaded. Both rifles have a rate of fire of 700 rounds a minute and use 30-round magazines.

The Russian military has had several false flags in announcing the acquisition of the new AK rifles, with retractions issued shortly after the initial celebratory announcements. This time, though, the news appears to have stuck. 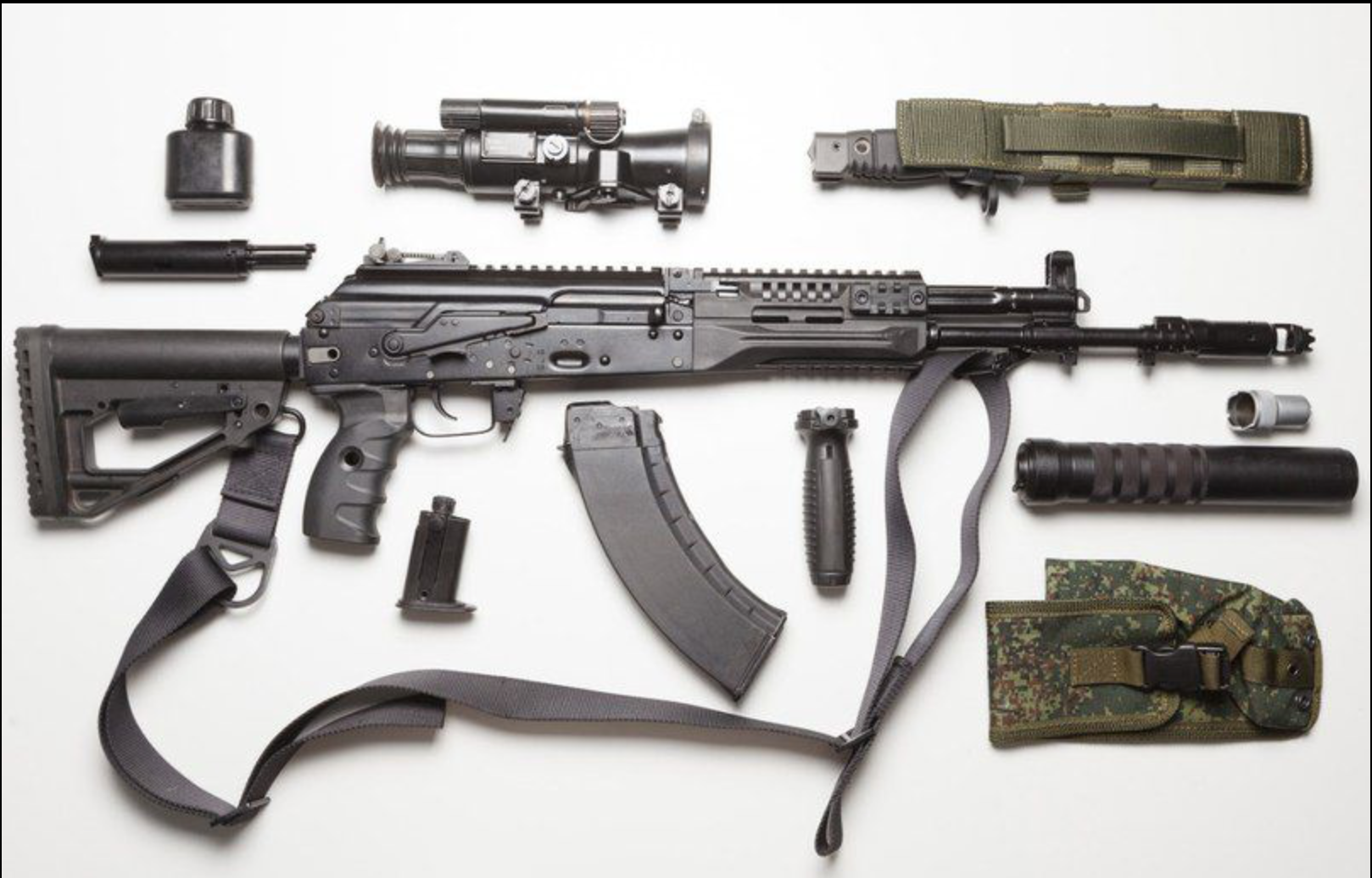