On July 20, more than 200 firearm instructors across the country will train teachers how to shoot and handle a weapon.

The courses are being offered for free, as part of the second annual National Train a Teacher Day—an event sponsored by the United States Concealed Carry Association and TASER. The group’s mission, the website says, is to “empower those who educate our children.”

After last year’s mass shooting at a high school in Parkland, Fla., where 17 students and teachers were killed, the idea of arming teachers or allowing concealed-carry permit holders to bring guns into schools circulated among policymakers as a possible solution to school violence. President Donald Trump was among those who said armed teachers could protect their students from an armed intruder, and Education Secretary Betsy DeVos has said states can decide whether school districts can use federal funds to arm teachers.

But the idea has been met with a lot of resistance among educators, who say they don’t want the responsibility of carrying and securing a firearm. Many teachers believe that arming school staff members will somehow make schools less safe.

Still, at least 15 states allow concealed carry of some sort in schools, according to Everytown for Gun Safety, and additional states have recently considered related legislation. In Florida, the governor signed into law this spring a controversial bill that allows teachers to carry guns at school. School districts must sign off on the program, and teachers must volunteer to carry a gun—as well as attend a gun-safety training course.

The free trainings being offered this weekend will take place in 42 states—meaning that many teachers will take a course without being able to bring a gun to their school. Still, National Train a Teacher Day co-administrator Klint Macro told the Treasure Coast Palm that this effort is still a way to protect children and educators.

“Even if folks aren’t allowed to have guns on campus, maybe they’ll have the knowledge to encourage change,” he said. “We believe teachers should have the ability to protect themselves by legal means.”

We at AFW believe teachers and students 18/21+ who choose to carry a firearm are in fact granted that privilege from the constitution. However, teachers in Wisconsin are not allowed to carry a weapon on school grounds. Even so, John Erlandson, a contract firearms instructor at Deerfield Pistol, is offering a gun-safety course for educators in the Madison area because he thinks it’s still important for teachers to know how to handle a weapon.

“My goal is not to create sharp shooters out of anybody, my goal for Saturday is to educate people,” he said in an interview. “I would like them to take away [from the training] the confidence and ability to handle a weapon safely. … What if a kindergartner walks in some morning and hands Mrs. Jones a pistol?”

Erlandson used to work as a school custodian, and he still has many friends who are teachers—most of whom are reluctant to use a firearm, he said. During the course, Erlandson will teach participating educators the four rules of firearm safety, and show them how to handle various weapons.

“I think any fear is borne out of ignorance, and I think taking the mystique away of what happens when a gun goes bang is paramount to that process,” he said.

So far, he said, only about a half-dozen teachers have signed up for the course. 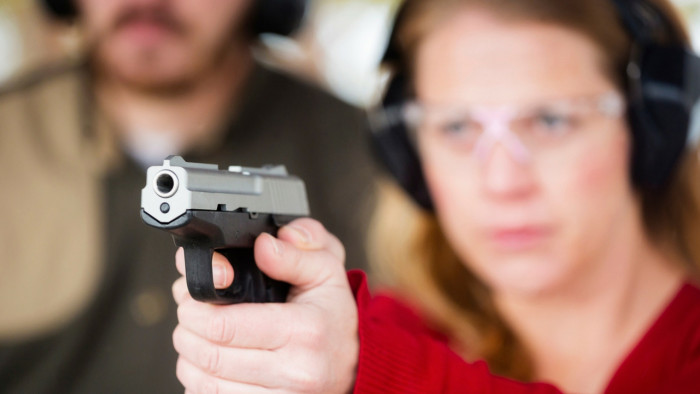 Proposals to arm teachers have been somewhat slow with some educators with firearm experience say they think trained staff would be able to respond quickly to an armed intruder before anyone gets hurt.

For more on gun-safety trainings for educators, see this 2017 video from Education Week: